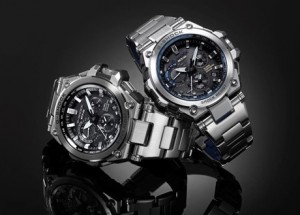 Singapore, November 2015: Casio Singapore has announced the arrival of the G-SHOCK MTGG1000D, the latest addition to its premium line-up of Metal Twisted G-SHOCK timepieces, which has been enhanced to suit today’s savvy jetsetter. It guarantees superb timekeeping as it is armed with Casio’s revolutionary GPS Wave Ceptor Technology and a Dual Coil Motor to quickly adjust and display accurate time, no matter where in the world. 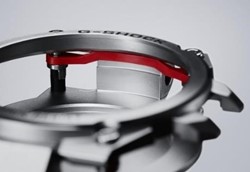 When adjusting to different time zones, a Dual Coil Motor powers the inset dial’s watch hands at the six o’clock position to swiftly rotate both clockwise or counter-clockwise to almost instantly reflect the accurate time when the world time function is activated. Using the Dual Coil Motor, wearers can also instantly switch between world and home time displays on the main and inset dials, making the MTGG1000D especially suitable for frequent travellers.

Within the robust 198g stainless steel frame is Casio’s new and improved Core Guard Structure that boosts the watch’s shock-resistance using a newly developed spring-like fine resin. Wearers need not worry about hard knocks or impact even while on the go as the resin acts as a cushion to protect the module and watch face.

The MTG-G1000D is also fortified with Casio’s proprietary Triple G Resist – designed to withstand shocks from drops, gravitational forces and vibration – for unparalleled toughness and durability. Encased in stainless steel, it is a sophisticated fusion of strength and beauty complete with stunning Sallaz-polished finishing and sapphire crystal on the watch face.

In 2013, Casio premiered the MT-G Metal Twisted G-SHOCK in Singapore, a collection designed for active and discerning gentlemen who enjoy the prestige of a luxury accessory but also seek outstanding performance and absolute toughness promised by a G-SHOCK. It is engineered and carefully crafted in Japan with the finest materials and opulent styling to deliver a luxurious timepiece while staying true to the durability of an original G-SHOCK.

The MTG-G1000D comes in two colour variations, stainless steel with either Blue (MTG-G1000D1A2) or Black (MTG-G1000D-1A) coded City Code Rings. Both models retail at a Suggested Retail Price of SGD$1,799.00 in limited quantities from 3 November 2015 onwards, at all G-Factory stores as well as Cortina Chinatown Point outlet. 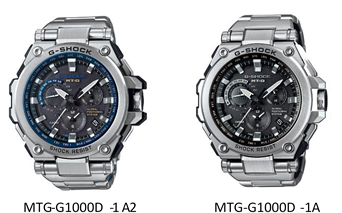