SAN JOSE, Calif, April 29, 2016 – — LeEco, a leading global internet company, yesterday held a ribbon-cutting ceremony and press conference to formally establish its new, 80,000 square foot North American headquarters in San Jose, a facility that can support as many as 800 new employees. The headquarters will also be the future home of LeEco’s autonomous driving research center, the LeFuture AI Institute.

“Silicon Valley is critically important to our global growth strategy,” said LeEco Chairman and CEO Yueting Jia. “Silicon Valley is known for its unique talent and culture of innovation and inspiration, which aligns perfectly with LeEco’s mission to bring extraordinary experiences to people everywhere. We’re looking forward to sharing our vision of one connected ecosystem with U.S. consumers – where users can create a seamless, premium connected experience across all of our lifestyle products.”

LeEco on their growth and expansion with their new North America headquarters.”

“I am grateful to LeEco for choosing to locate its new headquarters in North San Jose, further cementing San Jose’s role as a world leader in innovation,” said Mayor Sam Liccardo. “On behalf of the City of San Jose, I congratulate LeEco on the opening of its new headquarters, where its hundreds of employees will continue to drive innovation for decades to come.”

LeEco has made major headlines recently, starting with its global announcement event on April 20 in Beijing, which was broadcast through Facebook Live, cementing LeEco as the first company to use the API for a large-scale launch. The news included a peek at the stunning and disruptively priced second-generation smartphones, an all-new 4th-generation SuperTV, the LeEco VR headset and its autonomous LeSEE electric vehicle concept car.

LeSEE was showcased along with the second generation of Aston Martin’s Rapide S at the Beijing Auto Show on April 25. Additionally, LeEco announced that it will be partnering with Faraday Future to fund a world-class autonomous driving research center in Silicon Valley.

The company has also attracted top-shelf talent across its ecosystem businesses and recently announced the strategic hires of Smart Device (Mobile)Chief Revenue Officer and SVP/Head of Corporate Administration of North America. Both previously held executive positions at Samsung.

Earlier this year, at the Consumer Electronics Show in Las Vegas, LeEco announced its ambitious plans to rapidly expand its global footprint by entering India and the U.S. market with its ecosystem of technology and content offerings.

Singapore is constantly changing. Given a short span of 43 years, Singapore has transformed from a fishermen village to a highly developed and urbanized city. Although our history is short, we do have a very rich and unique culture.

Make a guess! Where is this place? (Picture below)

Do you know where this place is? Club Street – A narrow hill dotted with idiosyncratic shophouses. It is a place where you can find trendy bars, restaurants and galleries!

Do you want to get a taste of our island’s colourful past, rich heritage and vibrant culture? Why not join the guided tour to one of the oldest (and now coolest) shopping street this weekend?! Discover hidden parks and fascinating alleyways amongst other historic gems in this heritage walk through the hip and happening Ann Siang Hill.

The Old Days of Club Street is one of the exciting events from Explore Singapore! It is held in conjunction with National Heritage Board. For more details, please visit site: http://www.exploresingapore.com.sg/event-details.php?event_id=6

It is another hot Saturday afternoon! However, the hot weather didn’t stop us from eating all the good foods during this HungryGoWhere Big Eat Out!  Thanks to BLOG2u for inviting me to this event! 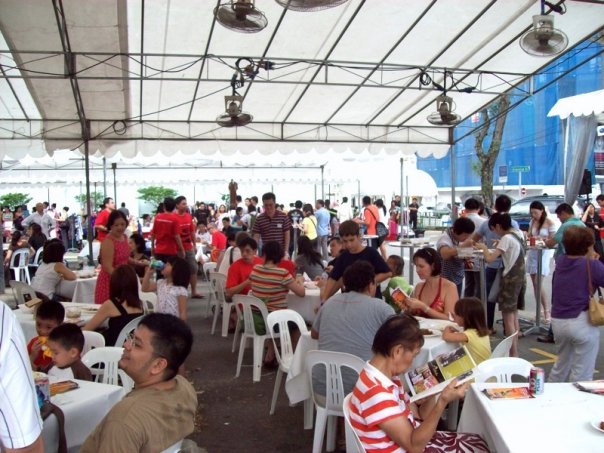 Wow! A lot of people!!! Indeed, Singaporean love to eat!! 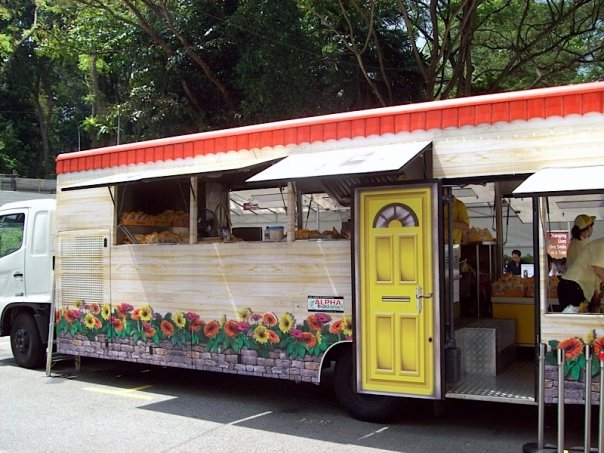 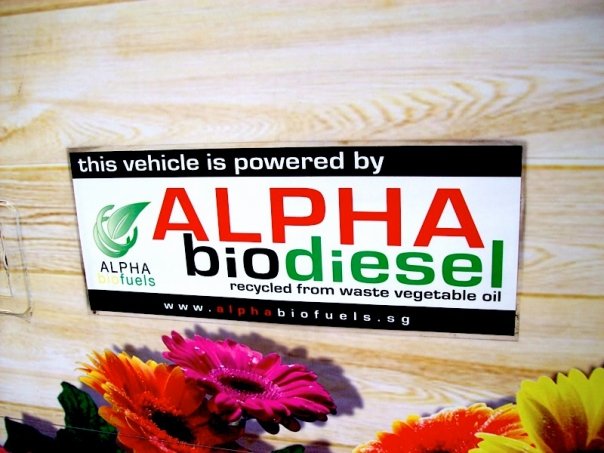 It is powered by Biofuel!

Well this event is not only about Food! All the foods you have purchased during this event will be donated to Andrew and Grace Home. You are doing your part for our society!

Besides good foods, the highlight is the heritage tour of the Peranakan Museum. Well, the tour is guided by Mark Lee (so you can expect a lot of jokes and laughter) I feel that the tour is pretty educational and Mark Lee has done a terrific job in introducing the custom and practices of Peranakan. (Who say Mark Lee can’t speak good mandarin??)

HungryGoWhere Big Eat Out! is one of the exciting events from Explore Singapore! It is held in conjunction with National Heritage Board. For more information, please visit the official site at http://www.exploresingapore.com.sg/event-details.php?event_id=1

The whole world knows the success of Singapore but little do they know that we have farms in such a small Lion City.

As part of my weekend activities, I spent one of my Sunday morning at Hay Dairies, the only goat farm in Singapore. It is located at very ulu place (a Malay word that used to describe remote place). It was not a very easy place to find if you intend to drive (for convenience, you can consider an express bus service from Kranji MRT station). Although it took us some time to drive to the place (we needed a map to navigate!), I take this opportunity to enjoy the nature scenery. It was enjoyment to look at the beautiful tropical trees and plantations.

We reached there slightly later but still managed to see the milking in time.

What a pity?! It would be great to see the uncle use his hands to do the milking.

Then the milk is channeled to this machine.

We enjoyed feeding the goats.

This is what they had

It didn’t have a strong taste like lamb perhaps it’s because I am not that particular. For those who think they can’t stand the smell, chocolate flavour might be a better choice for you. If you want to compare the nutrient level between goat milk and cow milk, you can visit this site. By the way, you can’t buy goat milk over the shelves. You have to buy directly from Hay Dairies.

For more information of the goat farm tour, the contact details are as followed:

Office Hours: 9am to 4pm (everyday)