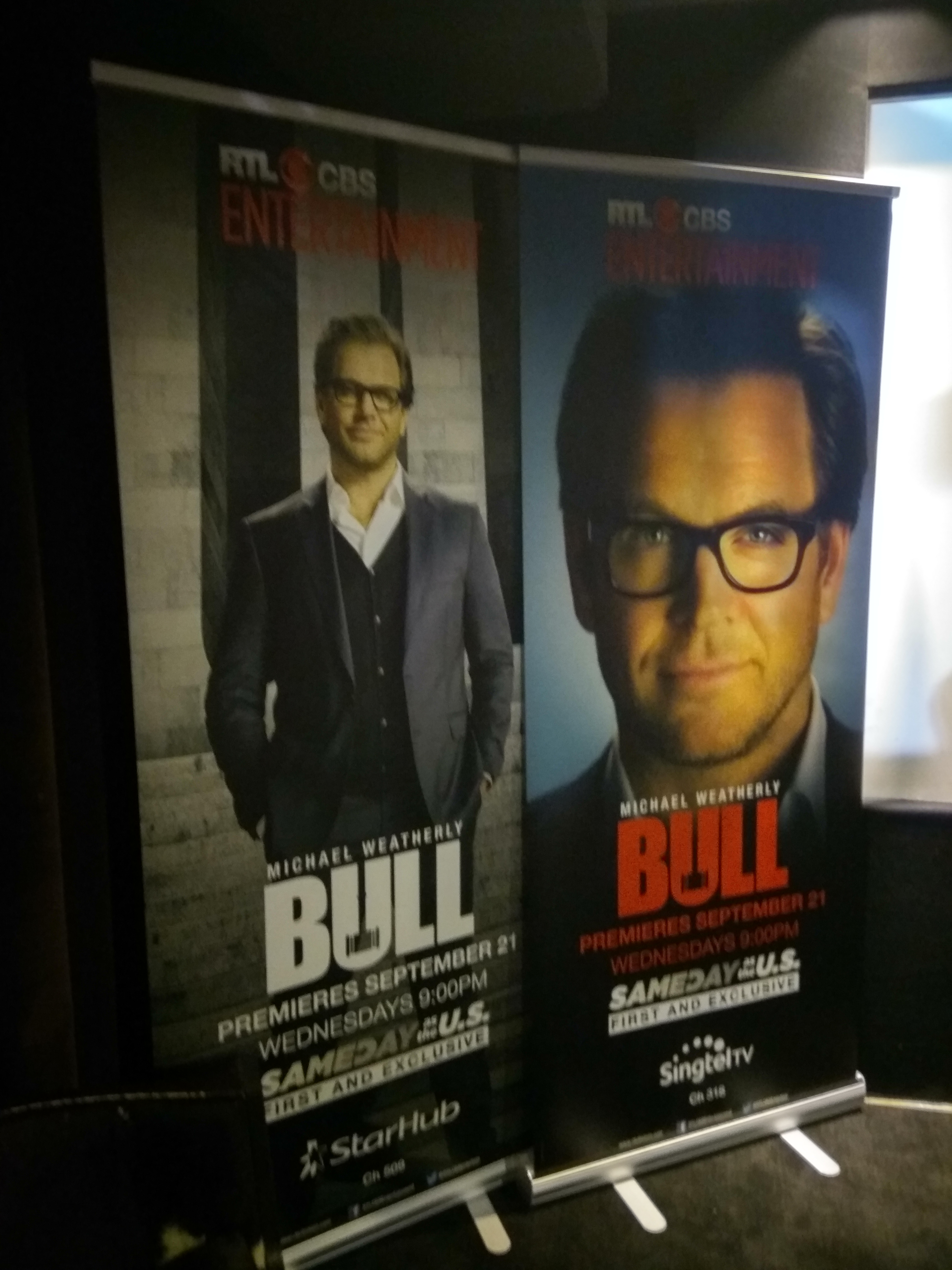 Michael Weatherly stars as Dr. Jason Bull in the brand new drama BULL set to premiere first and exclusive, same day as the U.S. on September 21 at 9:00pm on RTL CBS Entertainment HD.

BULL is a drama inspired by the early career of Dr. Phil McGraw, founder of one of the most prolific trial consulting firms of all time. Brilliant, brash and charming, Dr. Bull is the ultimate puppet master as he combines psychology, human intuition and high-tech data to learn what makes jurors, attorneys, witnesses and the accused tick. Bull employs an enviable team of experts at Trial Analysis Corporation to shape successful narratives down to the very last detail.

They include his quick-witted former brother-in-law, Benny Colón, a lawyer who acts as defense attorney in the company’s mock trials; Marissa Morgan, a cutting-edge neurolinguistics expert from the Department of Homeland Security; former NYPD detective Danny James, the firm’s tough but relatable investigator; haughty millennial hacker Cable McCrory, who is responsible for gathering cyber intelligence; and Chunk Palmer, a fashion-conscious stylist and former All-American lineman who fine tunes clients’ appearances for trial. In high-stakes trials, Bull’s combination of remarkable insight into human nature, three Ph.D.’s and a top-notch staff creates winning strategies that tip the scales of justice in his clients’ favor.

From special agent to trial consultant

Michael Weatherly may have said goodbye to his role as Special Agent Anthony Dinozzo on NCIS, but his new role does not take him far from the twists and turns of the justice system.

After playing the role of a senior field agent in 13 seasons of NCIS, Michael Weatherly is taking the lead in the brand new show BULL.

In this new series, Weatherly shifts from law enforcement to trial analytics. His character, trial consultant Dr. Jason Bull, does everything to get the justice his clients deserve.

“What’s fascinating about the whole world of trial analytics and the sciences of it is that they’re looking at things that you don’t think about,” Weatherly said.

“He (Dr. Bull) looks at a jury trial and looks at the identities of everybody involved from the judge to the attorneys, to the jury, and the witness and defendant, and he figures out what everyone’s thinking,” he added.

The doctor is perfectly aware that the 12 ordinary people making up a jury have the power to decide a person’s fate at court. He also knows that these jurors possess a preconceived notion of the truth. That’s why the key to winning a trial is by winning over the jury.  Dr. Bull further understands that even the tiniest details such as relationship status, clothes, and hairstyle can turn the court against the defendant. To avoid an unfavorable outcome, he works with a team of experts to make sure that his clients are on their best behavior and will say the right things at the witness stand.