It was reported in September on Ferlyn‘s departure from Skarf to lead a new Korean girl band that will sing both Mandarin and Korean songs. The name of the group has yet to be finalised.

In addition, Ferlyn will also be launching her Solo album. According to the company’s announcement, the launch will be held on 2 Jan 2015 at BUGIS PLUS

Check up her latest news at her Facebook page – https://www.facebook.com/FerlynWong.FW 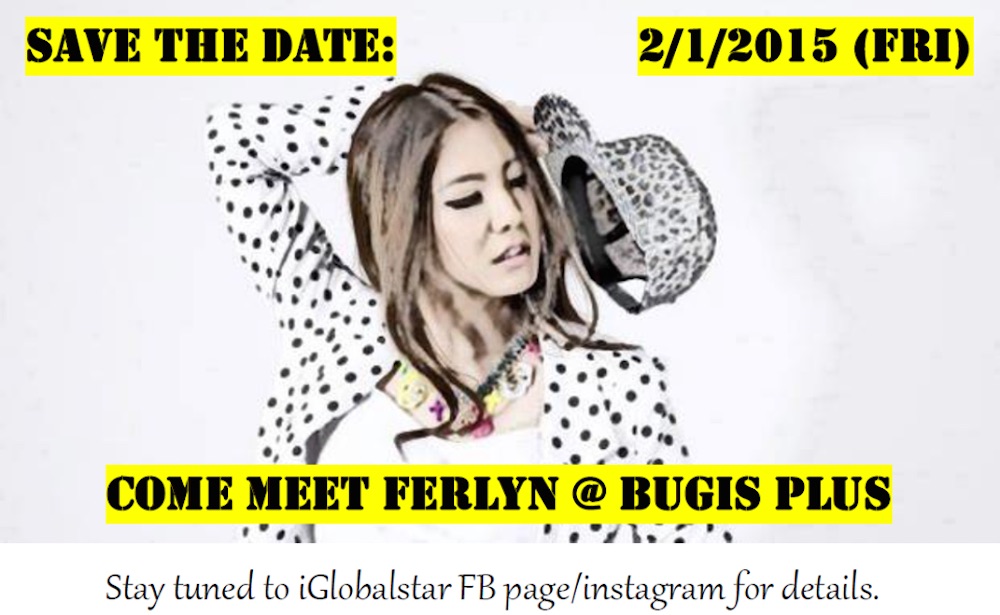 Listen to her latest song and  interview with YES 93.3FM below

Photos of the event