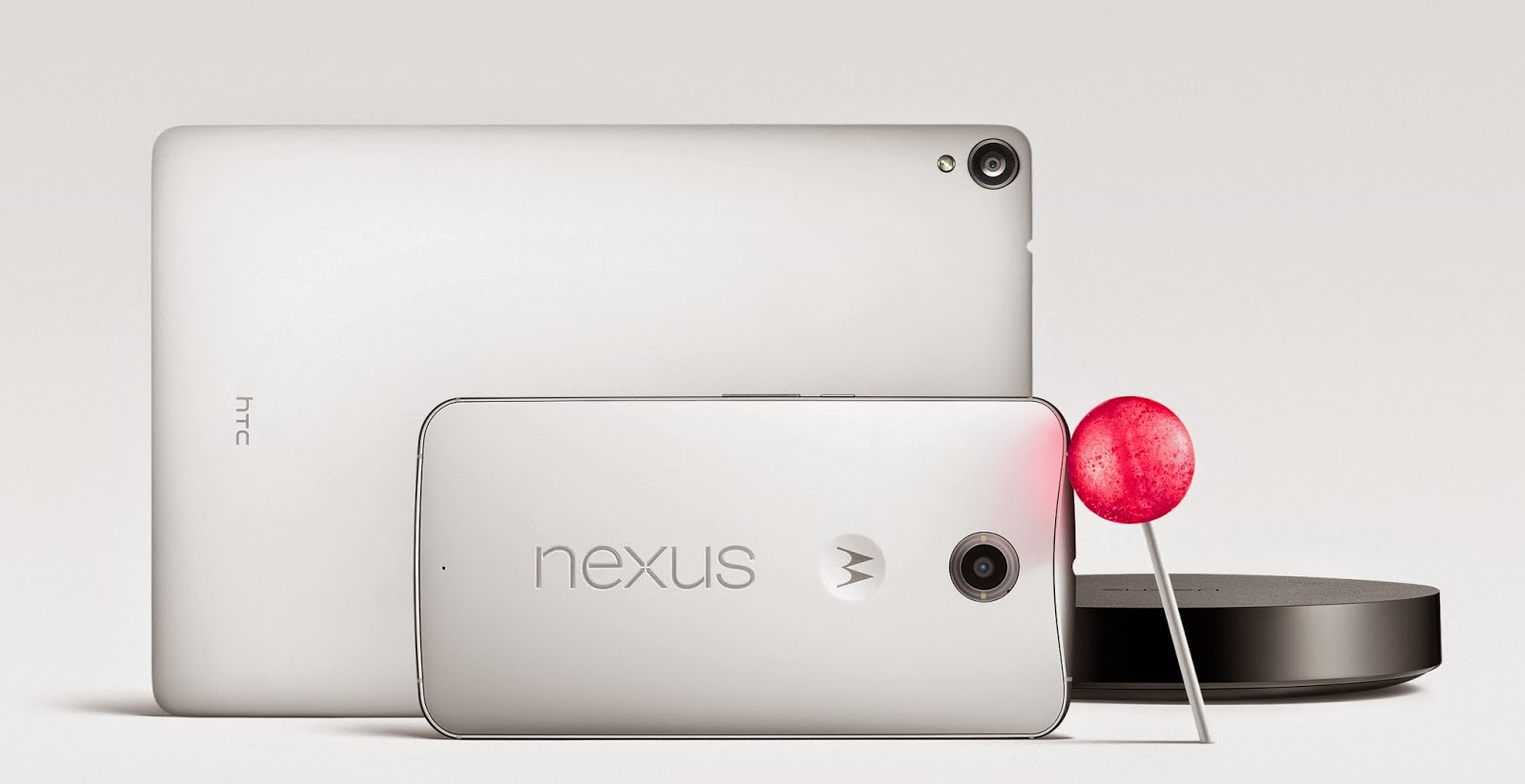 First, the new Nexus 6 developed with Motorola. This device has a contoured aluminum frame, a 6-inch Quad HD display and a 13 megapixel camera. The large screen is complemented by dual front-facing stereo speakers that deliver high-fidelity sound, making it as great for movies and gaming as it is for doing work. It also comes with a Turbo Charger, so you can get up to six hours of use with only 15 minutes of charge.

Next, a new tablet built in partnership with HTC. Nexus 9, with brushed metal sides and 8.9-inch screen, is small enough to easily carry around in one hand, yet big enough to work on. And since more and more people want to have the same simple experience they have on their tablets when they have to do real work, the keyboard folio that magnetically attaches to the Nexus 9, folds into two different angles and rests securely on your lap like a laptop.

Finally, the first Android TV: Nexus Player, a collaboration with Asus, is a streaming media player for movies, music and videos. It’s also a first-of-its-kind Android gaming device. With Nexus Player you can play Android games on your HDTV with a gamepad, then keep playing on your phone while you’re on the road. Nexus Player is Google Cast Ready so you can cast your favorite entertainment from almost any Chromebook or Android or iOS phone or tablet to your TV.

Nexus 9 and Nexus Player will be available for pre-order on October 17. Nexus 9 will be in stores starting November 3. Nexus 6 will be available for pre-order in late October and in stores in November—with options for an unlocked version through Play store, or a monthly contract or installment plan through carriers, including AT&T, Sprint, T-Mobile, U.S. Cellular, and Verizon.

Android 5.0 Lollipop, which comes on Nexus 6, Nexus 9 and Nexus Player, will also be available on Nexus 4, 5, 7, 10 and Google Play edition devices in the coming weeks.

Android Authority is doing an international giveaway for Nexus 6. Click here for details.