Singaporean love gadgets. In this small island-state with no more than 6 million people, we have one mega electronic fair in every 2 months approximately. It is also not surprising to know that we have one of the highest smartphone penetration rates in the world. On average, one Singaporean is carrying 1.5 smartphones; no wonder many international brands choose to launch their smartphones in this tiny red dot.

There were so many smartphones launches recently in Singapore last week and the consumers have been spoiled for choices. If you have yet to find time to read out all the press releases, this article serves as a summary to make sure you are in the know.

The Google Pixel 3 is probably the most high-profile launches recently. The Pixel UI has won praises in the market and a handful of tech reviewers has commented that the UI used in the Google Pixel line of phones are better than the “stock” android.

Besides improvements in the hardware from the earlier pixel phones, the biggest highlight of the Google Pixel 3 is the use of a new security chip called the Titan M. This is the same chip that Google used in their data centre which means that Google is bringing enterprise-level security technology to smartphones.

iPhone users, listen up! Before you feel like converting, you may wish to look on the CNET video below for comparison.

The rise of budget phones in recent years has prompted Samsung to launch mid-range Galaxy A series. Consumers has certainly benefited from the intense competition among the smartphone brands. At a lower price-point, the Galaxy A9 is offering specifications that are very comparable to those so-called “flagship phones” are offering.

The Galaxy A9 has caught attention from the media of being the first smartphone in the world that has not 2, not 3 but 4 rear cameras! Every camera sensor has its own purpose – ability for better optical zoom (2x to be exact), able to take wider images, better depth of field and better image qualities under low-light conditions. 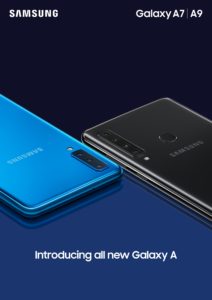 The rationale of having 4 camera sensors is to give flexibility to the users who could toggle across different camera sensors to suit the users’ requirement – for instance long shots or wide shots.

Pundi X, a Singapore-based blockchain start-up, has announced their very own smartphone called XPhone that runs on their own Function X OS based off Android OS 9.0. Essentially, it is still an Android phone powered by their own Function X blockchain; that means the data transmitted via your phone i.e. apps, pictures, video, messages, calls or any types of file are being stored or distributed through a network of decentralized nodes.

Traditionally, phone users go through the centralized mobile carrier to make a call via a number that is unique to every phone user. With Pundi X’s proprietary FXTP, users could by-pass the conventional internet protocol (http) completely to transmit data to another device. To put it simply, X Phone could potentially work independently at places without mobile signal. You should look at their product demo here.

The idea of X Phone is revolutionary. However, Pundi X comments the viability of its blockchain infrastructure depends largely on the spread of nodes (in this case, number of XPhone users).