SingTel has announced the winner of the SingTel Grid Girls 2010 Finals, which

was held at Shanghai Dolly at Clarke Quay last evening.

chance to represent Singapore at the grids. She will have the honour of holding

the Singapore flag at this year’s night race which will be held on 26 September.

girls were eventually selected as finalists to vie for the top spot.

The 12 ladies at the Crowning Party, hosted by Soo Kui Jien and Melody Chen,

series of question-and-answer segments. They also put up entertaining dance 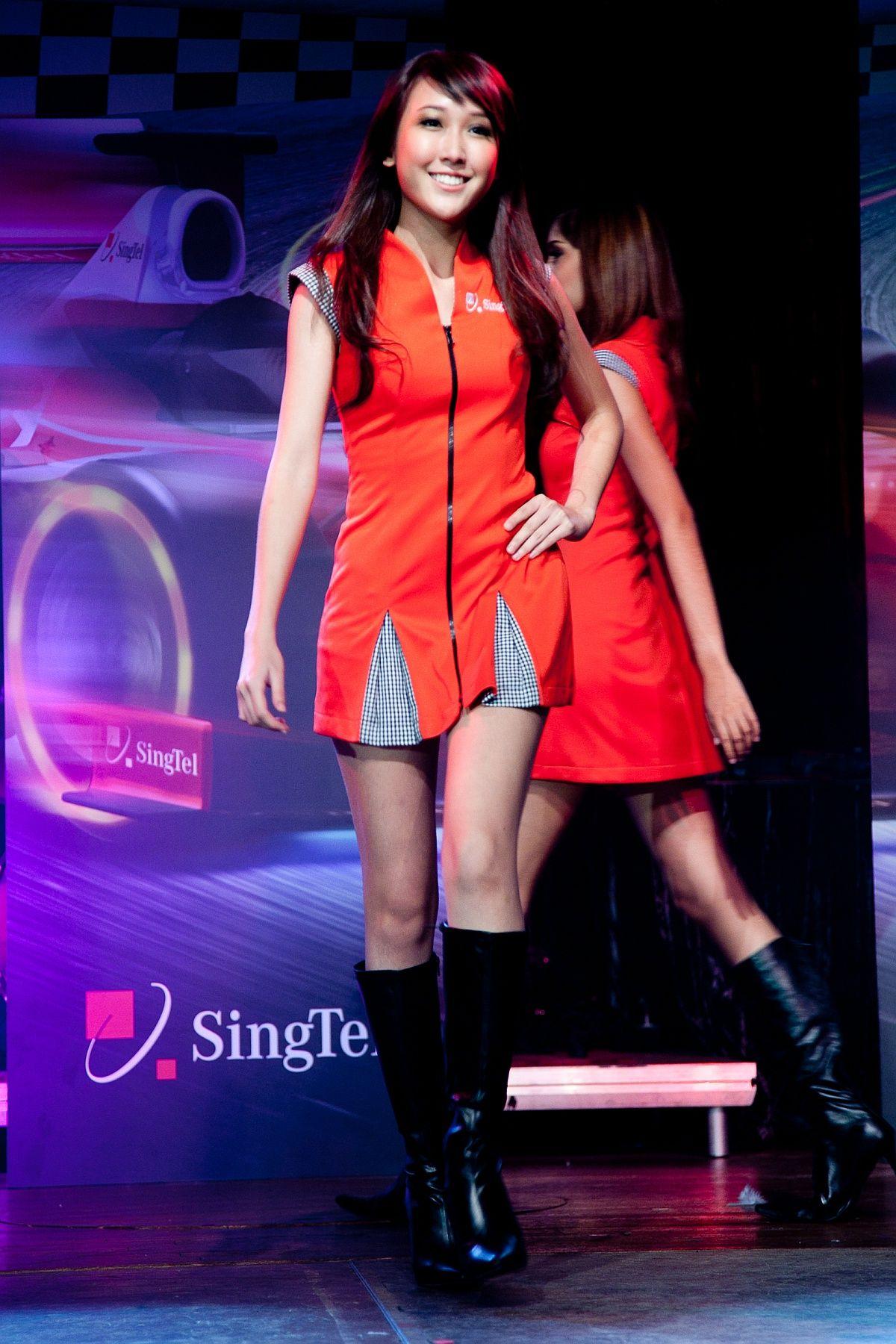 All 51 SingTel Grid Girls will be on the track on race day, guiding the drivers to

their cars and adding more than a touch of glamour to the event. For more