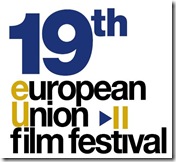 In conjunction to the upcoming 19th European Union Film Festival (EUFF), I was invited to the EUFF’s Bloggers Movie Nite for an exclusive preview of the Swedish Movie Wolf (Swedish title Varg) at the Swedish Embassy Residence.

The story goes about a middle-aged man, Klemens (starred by Peter Stormare), who lives alone in the wilderness, watching the reindeers. His young nephew, Nejla (starred by Robin Lundberg) admires him and wants to follow in his footsteps. But neither his mother nor the modern society will allow that to happen. One day, the herd is attacked by a wolverine and they react without regard of the protection law for the wolf.

The movie is beautifully filmed with magnificent, jaw-dropping scenery of the  snow mountains at the northern part of Sweden. Prior the movie preview, I expected the movie to be rather slow-paced. However, I would like to comment that the movie has been well-paced and the director’s message of the cultural difference within Sweden has been well-summarized in this 95-minute movie.

Further, Wolf introduces the audience to the Sami, the indigenous people of Northern Sweden who have their own language, culture, faith and the way of life as well as explore the Swedish justice system in a way that shows the conflict between tradition and modern-day society.

Besides Wolf, the 19th European Union Film Festival (EUFF) will be featuring 19 critically acclaimed films across several different genres such as Hunting and Gathering (France), London to Brighton (UK), and Playing Solo (Finland) to provide varied viewpoints into the EU’s member nations.

The festival will be officially opened on the 7 May 2009 at Golden Village VivoCity by Guest-of-Honour RAdm (NS) Lui Tuck Yew, Acting Minister for Information, Communications and the Arts, and will be run until 17 May 2009.