You have heard it right! The rumor is true. Nokia’s first Android phones – Nokia 8 will be coming in to Singapore and you could get them through major electronics and  Telco’s exclusive stores from 14 October onwards. 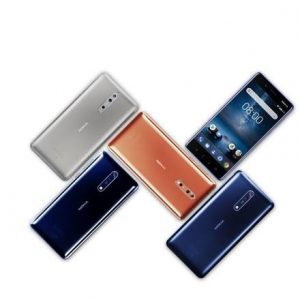 Ever since the announcement in Aug this year, the Nokia 8 has been receiving a lot of attentions from the market. Unlike other smartphone markers which try to differentiate themselves from others by putting a lot of proprietary bloat-wares in the Android OS, Nokia 8 will be powered by  stock version Android OS.  This means that Nokia 8 users will get updates soon after Google release it instead of waiting for the patching from the phone manufacturers.

If  you are keen to know what other benefits of stock android, you may wish to read up more here

Headquartered in Espoo, Finland, HMD Global Oy is the new home of Nokia phones and tablets. HMD designs and markets a range of smartphones and feature phones targeted at a range of consumers and price points. With a commitment to innovation and quality, HMD is the proud exclusive licensee of the Nokia brand for mobile phones and tablets. Nokia is a registered trademark of Nokia Corporation