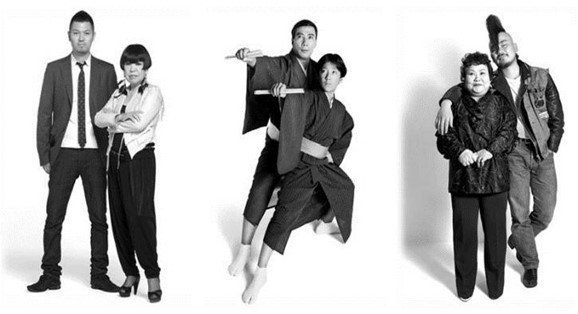 SINGAPORE – 15 February 2016 Award-winning photographer, Bruce Osborn will be showcasing his photography exhibition, OYAKO: PRESENT TO  THE FUTURE at the Japan Creative Centre (JCC) from 19 February to 12 March 2016.

The exhibition is part of a commemorative event to mark the 5th anniversary of the 2011 Great East Japan Earthquake. OYAKO ( 親子) – a Japanese phrase that means parents and children, is the inspiration behind Bruce Osborn’s works. Available to the public for free, the exhibition includes portraits representing Bruce Osborn’s lifework and a series of Oyako photos – dedicated to the survivors of the 2011 Tōhoku Earthquake and Tsunami. These Oyako photos were captured to display the families’ determination to live on, during a time of loss.

An American photographer residing in Japan, Osborn has received numerous awards for his work and has published several photo books. He has held exhibitions at the 21st Century Museum of Contemporary Art (Kanazawa), Boston’s Children’s Museum, and Yamanashi Art Museum (Kofu City).

Osborn will be carrying out a live photo shooting session on the 20 February, to extend his line of works in the Oyako series. 15 families have been chosen from the Chinese, Malay, Indian and Eurasian communities to represent the diverse cultural landscape in Singapore. As part of the exhibition, a documentary of Bruce Osborn’s journey on initiating a social movement in Japan, titled OYAKO ~PRESENT TO THE FUTURE~ will be screened on 5th March 2016 at JCC.

For more information on Bruce Osborn and his past work, do visit http://www.bruceosborn.com/

For more information on the photography exhibition, do visit http://bit.ly/1QZsbZD