SINGAPORE, 14 APR 2011 – Explore Europe without the jetlag at the 21st European Union Film Festival (EUFF). From 5 to 15 May 2011 at Golden Village VivoCity, Singaporeans will get a glimpse into the life and culture of Europe through a new line-up of 18 exquisite European films which explore themes such as war, friendship, love and religion, depicted through magnificent cinematography, spellbinding narratives and captivating characters.

Following its sell-out successes in the recent years, EUFF returns bigger than ever with larger halls to accommodate more viewers. “There was a time when the many cultures, lifestyles and languages of Europe seemed distant and inaccessible to Singaporeans. Yet today, it’s these differences that draw many young Singaporeans seeking authentic and unique experiences, to watch European films and visit European countries,” says the spokesperson of the EU Cultural Committee. 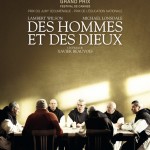 Organised by the EU’s Cultural Committee in Singapore, the 21st EUFF will feature critically acclaimed films including award winners and nominees from the Cannes Film Festival, Warsaw International Film Festival, Golden Globes Italy and even the Oscars. Celebrated films to look out for include:

In addition to quality, audiences can also expect diversity. The new line-up of films offers a wide range of genres from comedy to documentary, including a post-apocalyptic drama (Dust, Luxembourg) and a collection of charming family-friendly animations from Aardman Animations (United Kingdom), the people behind Wallace and Gromit.

“This year’s films were handpicked to display the diversity and multi-faceted character of Europe itself. That means there is literally something for everyone, so if you’ve never watched an European film, the 21st European Union Film Festival is the perfect place to start,” says Attila Kali, Deputy Head of Mission, Embassy of the Republic of Hungary in Singapore.

The EU’s efforts in encouraging cinematic exchange between Europe and Singapore have been on- going for years, and this year is no exception. The 21st EUFF partners New York University Tisch School of the Arts Asia, well known for its robust film program. Some of its students’ best short films will be screened before selected feature films, providing a rare opportunity for young and upcoming filmmakers to have their works showcased next to internationally acclaimed European films.

“European cinema is a significant part of the study of film at Tisch Asia and this partnership with the EUFF is an opportunity and honour for our graduate students to engage with Europeans films in a very personal way, by pairing their own short films with acclaimed feature films,” says Gillian Gordon, Chair, International Media Producing Graduate Program, Tisch Asia.

The films of the EUFF are scheduled for single screenings only, and tickets will go on sale on 21 Apr 2011 at Golden Village VivoCity and on the GV website. Festival goers stand to win return tickets to Budapest, the capital of Hungary, courtesy of Finnair. For film schedule and other details, visit www.euff.sg or join the EUFF Facebook Fan Page (www.facebook.com/EUFFsg) to win tickets to the invite-only opening ceremony on 5 May 2011, where the Hungarian film Team Building will be screened for the first time in Singapore

The opening ceremony will also involve a short panel discussion with Guest-of-honour Eric Khoo, student-filmmakers from Tisch School of the Arts Asia, Ambassador Marc Ungeheuer, Head of the European Union Delegation to Singapore, and Ambassador Ferenc Somogyi, Embassy of the Republic of Hungary to Singapore. Mr Kenneth Tan, Assistant Chief Executive (Industry) of Media Development Authority and Chairman of Singapore Film Society, will be moderating the discussion.

About the European Union Film Festival and the EU in Singapore

The European Union Film Festival is an annual event organised worldwide that showcases a selection of European films, giving local audiences a taste of Europe’s diversity and creativity. Films screened are recent and have encountered success in their country of origin. The films showcased in this festival may belong to a specific country, but they are all representative of Europe’s common cultural heritage. This film festival, now in its 21st year, is a window into the intriguing world of European cinema but also an opportunity to improve exposure of local talents. The Delegation of the European Union and Embassies of EU Member States work together to enhance the presence and visibility of the European Union in Singapore and to promote closer ties with the Government of Singapore and Singaporean business and citizens, notably in the areas of trade, foreign policy, higher education, and science and technology. With the Treaty of Lisbon, the European Union received additional competences, in particular on foreign policy. Accordingly, the Delegation of the European Union represents the EU in Singapore. Since January 2011, the Head of Delegation of the EU to Singapore is H.E. Marc Ungeheuer. To know more on the EU Delegation to Singapore, please visit our website: http://eeas.europa.eu/delegations/singapore/index_en.htm

About Tisch School of the Arts Asia