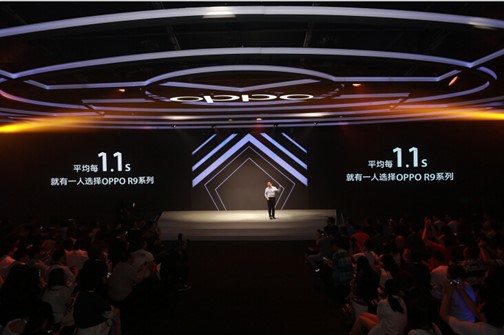 Due in part to the success of OPPO’s new photography-centric series of phones, the company has become the number-4 smartphone maker in the world by market share, as of the first quarter of 2016.

Wu acknowledged some of the reasons that are often cited for OPPO’s success, including a commitment to fostering strong, fair relationships with distributors, and also the company’s knack for creating effective promotional campaigns. But, he said, the root of OPPO’s strength is something more fundamental.

“For OPPO, the engine of our growth has always been our focus on the product,” said Wu, who serves as Marketing Director of OPPO’s Mainland China Mobile Business. “We listen to users, and bring them meticulously designed, top-quality products that they’ll truly love. That’s what’s brought us this far and what will continue to drive us going forward.”

Sean Deng, Managing Director of OPPO Electronics Singapore reaffirms the phone’s success and the brand’s direction by saying, “The OPPO R9, or the F1 Plus as it is called elsewhere, currently makes up over 45 percent of our total sales in Singapore, and is our best-selling model. It goes to show that the R&D that we’ve put in, the effort that OPPO has taken to listen to our consumer’s needs is indeed paying off.”

Wu went on to detail a few examples of OPPO’s commitments to both groundbreaking product design and industry-leading quality, which have propelled the R9’s success. On the design front, OPPO’s VOOC Flash Charge technology has been one of its most celebrated advances, and Wu announced that, by the end of June, global users of VOOC-enabled devices will reach 30 million.

VOOC’s industry-leading charging speeds are well-known, but an equally important advantage lies in the fact that it can achieve these speeds while preserving the longevity of the battery.

Industry standards stipulate that, after 500 charge cycles, a battery should still have 80% of its original capacity. The R9 maintains this capacity through a full 900 cycles, Wu explained, making it 1.8 times stronger than the industry standard, on top of providing breakneck charging speeds.

The battery longevity of the F1 Plus is 1.8 times stronger than the industry standard.

Meanwhile, Wu explained that OPPO spares no effort or expense in the expansive testing regime that its products undergo before reaching market. From the arrival of components at the factory to the final production stage, OPPO devices like the R9 undergo 390 quality assurance tests, including four full trial production runs.

Wu said that among these tests are ones that are exclusive to OPPO, specially designed to take into account every last detail of the end user experience. As an example, he shared OPPO’s unique procedure for testing one small but essential aspect of the R9: the micro-USB charging port. 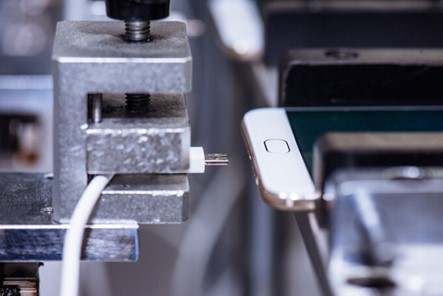 OPPO realized that, with some competitor phones, users can inadvertently damage the inside of the charging port by inserting the charging cable at odd angles or exerting unusual pressure. Although it’s an unlikely occurrence, the consequences to the user can be critical.

To ensure that OPPO devices never experience this type of damage, they undergo a strict test: A charging cable is inserted into the port and then jerked in four directions, up, down, left and right, using 3 kilograms of pressure. A charging port is only allowed to advance to the production stage if it can undergo this harsh treatment a full 5,000 times without losing any functionality.

Wu cited this exceptional attention to detail, as well as an open engagement with OPPO users around the world, as the forces that will continue to guide the company going forward.