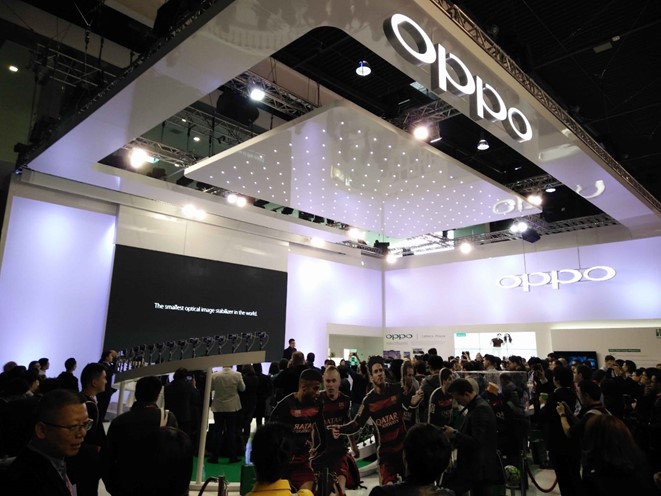 “With our commitment to equipping consumers with the best technology, OPPO invests great efforts in technological innovation,” said Mr. Sky Li, Vice President of OPPO and Managing Director of International Mobile Business. “We are excited to share these breakthrough technologies with the world at MWC 2016 — they’re the result of our commitment to listening to consumers and valuing their feedback to create more delightful user experiences for them in the future.” 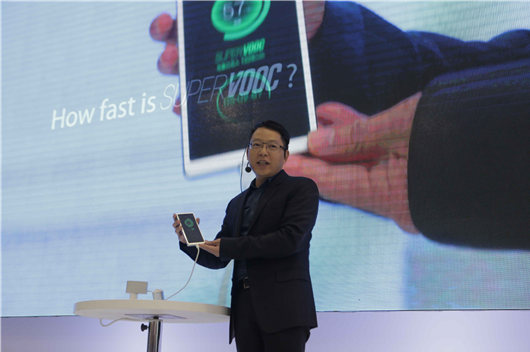 Super VOOC Flash Charge uses a 5V low-voltage pulse-charge algorithm, ensuring a low temperature charge that‘s safe for the battery and dynamically regulating the current to charge the phone in the shortest time possible. The all–new algorithm pairs with a customized super battery, as well as a new adapter, cable and connector made using premium, military-grade materials. Super VOOC Flash Charge supports Micro USB or type–C interfaces, in line with the global standard.

Super VOOC Flash Charge’s safe, low-temperature charging algorithm makes it perfect for using the phone while it‘s charging, such as watching an HD video, or playing a game, a functionality which other quick charge technologies don‘t support.

Smartphones are taking over as personal cameras, making mobile photography performance a critical factor for smartphone buyers. Continuing its commitment to breakthroughs in the smartphone camera revolution and to give users the ability to “take great photos anytime and anywhere”, OPPO decided several years ago to tackle the universally recognized issue of image stabilization.

Optical image stabilization technologies come in two types, lens-based and sensor-based, but due to the size limitations of smartphones, all previous solutions across the industry were lensbased. Relying on a groundbreaking MEMS (micro-electro-mechanical system), OPPO‘s SmartSensor is the first-ever sensor-based solution for smartphones, as well as the smallest optical image stabilizer of any kind in the world! 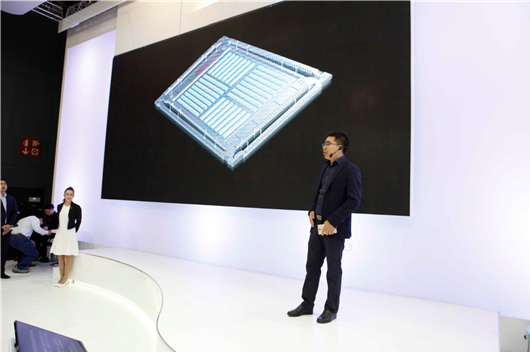 Moreover, SmartSensor improves on other solutions with a key advantage. Existing lens-based stabilizers can only correct for vibrations on two axes of motions, the pitch axis and yaw axis, even though the most common type of unwanted shaking during photography actually takes place on the roll axis. SmartSensor solves this problem, allowing for image stabilization on three axes, pitch, yaw and the all-important roll. Making split-second adjustments with its comb-shaped monocrystalline silicon MEMS, SmartSensor achieves full three-axis image stabilization in a mere 15 milliseconds.

Lens-based systems, with their increased power consumption, can quickly heat up the module, affecting image quality, especially during extended photo shoots. But the low power consumption of the fine-tuned MEMS keeps temperatures low and preserves image quality even in long shooting sessions.

Meanwhile, whereas lens-based image stabilizers generally have a precision of between 3 and 5µm, SmartSensor remains precise to a vibration of just 0.3µm. The size of a pixel is usually larger than 1µm, meaning that SmartSensor is the world’s first pixel–level image stabilize.

With SmartSensor, OPPO smartphones become like pocket–sized SLR cameras, able to capture life‘s beautiful moments in breathtaking detail. Even when lighting conditions aren’t ideal, such as at a party or concert, SmartSensor ensures clear and bright images by allowing a longer exposure time.

At MWC, OPPO also announced a growing emphasis on its “Camera Phone” strategy. Under the new strategy, OPPO plans to strengthen a well–deserved association between OPPO and great photography. Through continued refinement of its photography platform as well as new innovations like SmartSensor, OPPO aims to bring users technology that will allow them to better record their lives and share their experiences, so they can capture every moment as it really is: sharp, vivid and bright.