The Blackberry Leap is obviously not the only phone that Blackberry ditched their iconic physical keypad. Previously, they have launched a whole Z series of touchscreen-only smartphone to compete with the big boys like the iPhones and Android-powered devices. However, the sales fell short of expectation. Could the Blackberry Leap make a comeback for Blackberry? 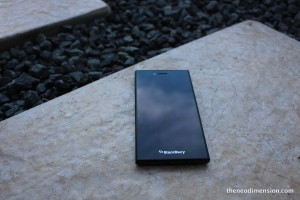 When I receive the unit from Blackberry, my first impression on the phone is that it is plain and simple. It is not light compared to most smartphones. It weighs 170g but it does not seem bulky. In fact, it feels solid. Because of its simplicity, it gives a “professional” and “I-am-here-for-business” feel. Sort of.

The front has a 5-inch screen display with the Blackberry brand at the bottom. Nothing fanciful and the front just looks like other smartphones (Erm…Aren’t all touchscreen phones look similar from the front?)

The premium-looking textured pattern design at the back stands out from other smartphones. The dimpled and slight curvy back also keep the phone “grippy” making it easy to hold.

On the right-hand side is where the volume control. On the other side, it houses the SD card and SIM card slot. Same for most of the Blackberry phones, the power button and 3.5mm audio jack are located on top of the phone.

First, the Blackberry Leap has a non-removable battery with a capacity of 2800mAh which is a huge improvement from the Z10’s 1800maH battery capacity. The battery life of the Blackberry Leap is amazingly good. I stressed the phone with lots of web-surfing and sharing of photos over social networking apps and surprisingly, the phone can last me about 2 days. I ditched my Android phone and power bank and brought the Blackberry Leap out for my business trip abroad.

Second, call me old-fashion. The best feature of the Blackberry Leap is FM radio. All you need is to connect your headphones (The headphone serves as an antenna) This feature is missing in the Blackberry Z10. In fact, most smartphones these days have replaced this feature with internet radio app (for obvious commercial reasons). Unless you have unlimited data usage for your mobile plan, I will still opt for the free FM radio.

Third, both Blackberry Leap and z10 have expandable storage capacity. I have tried using the Leap to reply all my business emails for a period of 2 weeks, I manage to survive with its 16G internal storage. Nonetheless, the Blackberry Leap is able to support up to 128G MicroSD which is an improvement from z10’s 64G.

Fifth, the display resolution for Blackberry Leap is 720 X 1280 pixels which is inferior to many smartphones in the current market.  (Even the older Z10 gives 768 X 1280 pixels resolutions). The image is modestly sharp but there are many other smartphones at the similar price range out there that could deliver better image quality. 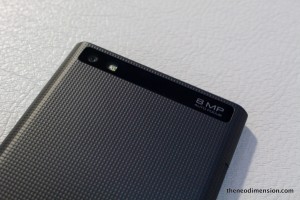 Blackberry understands that the BB10 OS requires some learning and has prepared a quick tutorial when you first start up your device.  Once you are familiar with the OS, you will be amazed on how well you could multi-task on this device.

The most “organized” feature is the Blackberry Hub where it combines all the emails and message notification from various supported apps such as Facebook and Whatsapp into a single list. The Blackberry Hub makes it easier to have a quick glance on the current and past notifications. The Priority Hub, as the name suggests, filtered out all the messages that deemed to be “priority”. You can also manually add rules under Priority setting to filter out the important email that you would want to attend first. 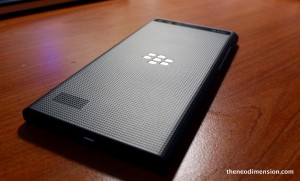 The feature of the Blackberry Hub I like most is the Attachment Hub. I believe many people have faced problem in searching for a particular attachment in your inbox. Under Attachment Hub, you will find all the attachments in the inbox and it saves you the hassle of finding the relevant email message where the attachment located.

The most commonly used app such as Facebook and Linkedin are already pre-installed in the system. If you need more interesting apps that you can’t find in the Blackberry World, you could try Snap to install Android apps on to your Blackberry Leap. (See link here for details of Snap; though I don’t really see the need in doing so if I am able to download all the common social networks and communication apps such as Whatsapp and Weibo from Blackberry World)

Good: Solid and stylish-looking design suit the young executive’s image. Blackberry Leap  is a serious phone that could potentially help you clinch a multi-million dollar deal. Excellent battery life. From that perspective, this below-$400 phone is a steal.

Bad: On the flip side, this is the last phone that I hope to receive from my boss. Although the Blackberry Leap is a business phone that focuses on productivity, the 5-inch display and camera are under-performing.