The report states that competitive price points and heavy marketing activities in a now crowded market are the key driving factors for the budget conscious SEA market.

In terms of market share, the overall smartphone market remains dominated by Samsung, followed by OPPO, True (an operator in Thailand), Asus and Lava.

Meanwhile, 3G handsets still make up majority of the market share as they carry significantly lower price points as opposed to 4G ones, a pivotal factor particularly for SEA consumers. Furthermore, the slow uptake of 4G is largely attributed to the temporary rise of 3G devices in Thailand, where operators were in a rush to migrate subscribers from 2G to 3G, handing out large amounts of free or heavily discounted handsets.

The launch was held as part of a business showcase of Epson’s business inkjet portfolio for both SOHO/SME and business users. Products include its market leading ink tank system printers which have sold over two million units in Southeast Asia.

Key features of the new WorkForce Pro series printers include:

Product specifications of the new WorkForce Pro series printers are available in the Annex.

In addition to the new WorkForce Pro series printers, business partners were also treated to a showcase of Epson’s complete portfolio of business inkjet printers. They include:

The event is part of Epson Singapore’s efforts to engage their customers and promote the use of inkjet printing for the business segment. Said Mr Matthew Loh, Head of Sales, Epson Singapore,” The future of business printing lies in developing versatile solutions that can keep up with changing business needs. Small businesses especially want a one-stop solution that can deliver good and fast results cost-effectively – be it office documents, colour photos or creative visual products. Epson’s business printing solutions, such as the WorkForce Pro series, bring that ease of mind and flexibility to corporate customers, to expand their business at top speed without worrying if they need to add on multiple printers or compromise on quality.”

Cloudpath pioneered secure Wi-Fi onboarding in 2006 and has since become a leader in certificate-based Wi-Fi security with its automated, self-service software. Cloudpath’s software makes it easy for users to securely connect to wireless networks and for IT managers to manage ongoing Wi-Fi access in large environments, offering the following benefits:

Ruckus will immediately include Cloudpath software with its Smart Wi-Fi portfolio for education, enterprise, retail and hospitality markets.

To read the full press releases, see below 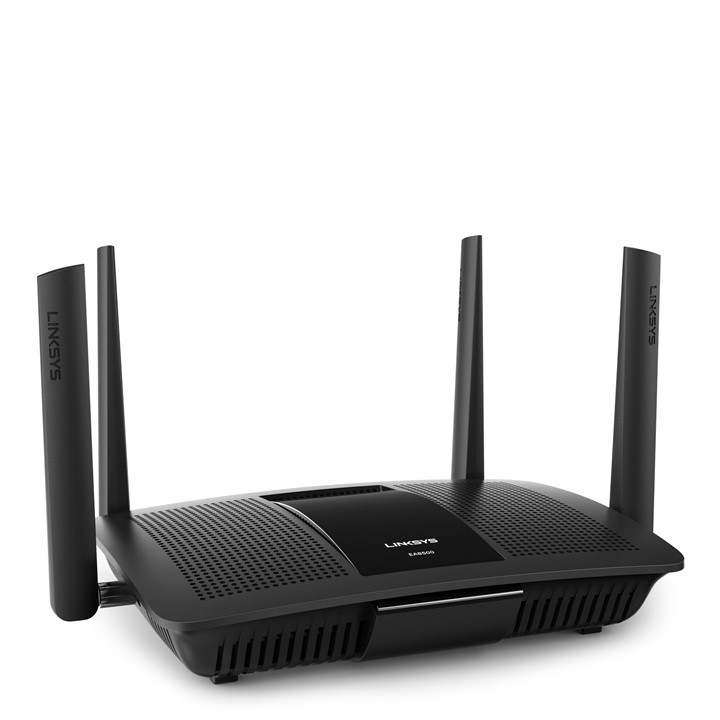 MU-MIMO sends Wi-Fi simultaneously to all the devices on the network, ensuring faster connectivity – as if each device has its own dedicated router. With MU-MIMO, the entire household can stream movies, play video games, listen to music, shop, check email and more – all at the same time and without the annoying ‘buffering bar’. Check out the MU-MIMO video below.

Singaporeans own an average of 3.29 devices per person, which is one of the highest averages observed in APAC markets – according to a survey by GlobalWebIndex. With the increasing trend of multiple wireless device ownership in Singapore, users will find that a MU-MIMO enabled router is the future-proofing solution to ensure seamless high-speed connectivity for the entire family.

Singapore – May 27, 2015 – Linksys®, the first to sell 100 million routers globally and a leader in networking solutions for the home and business, is expanding its WRT router line to include a 2×2 AC1200 Dual-Band Wireless-AC Gigabit Router, the WRT1200AC. This new router provides users in Singapore with the high-end features of the WRT1900AC router at AC1200 speeds and a lower price point.

As a special launch promotion, Singtel will offer the best-in-class Linksys WRT1200AC at a discount of $100 with its Unlimited 1Gbps Fibre Plan, promising unrestricted speeds for all kinds of bandwidth-intensive applications.

“Customers in Singapore expect reliable quality and high speed broadband in their homes. After the launch of the WRT1900AC last year, we had many customers ask for a more affordable version but with the same high end features. The WRT1200AC is the result,” said Mike Chen, vice president product management, Linksys. “The bundled package with Singtel will help to bring this best-in-class, WRT-series AC1200 router from Linksys to more users, more quickly, and at an even lower price.”

Ideal for use with Singtel’s unlimited fibre plan, the Linksys WRT1200AC Dual-Band Gigabit Wi-Fi Router is based on the Avastar Wireless & ARMADA Processor product series from Marvell® and features wireless speeds up to 1.3 Gbps and a 1.3GHz dual-core CPU.  Two adjustable, removable antennas and high-powered Wi-Fi power amplifiers help ensure maximum range and performance in single- and multi-story buildings, while beamforming technology focuses and strengthens the Wi-Fi signal. Four Gigabit ports offer blazing-fast wired connections, a USB 3.0 port and a dual USB 2.0/eSATA port allows for sharing external storage across the network with data transfer speeds of up to 3 Gbps*. Users can also connect external storage or devices with the USB 3.0 port. The WRT1200AC is engineered to work with open-source firmware for complete customization.

“At Singtel, we are constantly looking for ways to offer the best products and services to customers,” said Goh Seow Eng, MD, Home, Consumer, Singtel. “We are pleased to partner with Linksys on this exclusive deal, which provides customers who are keen on the unlimited fibre plan a router with great features at an affordable price. We believe this will drive take-up for the popular plan, which offers unfettered high speeds and low latency.”

In collaboration with Marvell, Linksys is happy to announce the open-source Wi-Fi driver for the WRT1200AC and WRT1900AC has been released to OpenWrt. This driver has been incorporated into the latest open source firmware image snapshot, available here (Command line interface experience recommended):

Since the initial release back in December, Marvell has demonstrated continued support by releasing successive updates to the community. Support for the WRT1900AC and WRT1200AC have been rolled into the latest “Chaos Calmer” release from OpenWrt.

Smart Wi-Fi is a web- and app-based management tool that helps users simply set up their router, and manage and control their home network via a dashboard on a PC, tablet or smart phone while at home or away. Smart Wi-Fi also provides a host of features including guest access, parental controls, remote access of other family or friend networks as well as easy references to passwords or network controls. Linksys recently added these new features via a firmware upgrade to select Linksys routers and each will be available on the WRT1200AC:

The WRT1200AC is added to the list of more than 60 Linksys routers introduced since it pioneered the router in 1999. Linksys recently announced it has sold more than 100 million routers and has become part of an elite group of consumer electronics manufacturers to have a device hit that milestone number.

Singapore 12 August 2014 – SingTel today unveiled a range of mobile plans that are fully integrated with a new premium high-speed WiFi network that it is rolling out at crowded locations and underground MRT stations.

Mr Johan Buse, SingTel’s Vice President of Consumer Marketing, said: “Customers tell us that they want faster speeds and more generous data allowances. Our new premium WiFi network complements our 4G network and boosts network capacity in crowded, congestion-prone locations. It enables us to provide customers with an optimal mobile data experience where they need it most.”

Combo plan customers will be able to switch automatically between the 3G, 4G and SingTel WiFi network without a manual password login. To ensure that customers always enjoy a high-speed and seamless experience, SingTel has permanently waived the 4G value-added service subscription charges.

The Combo plans provide customers with better value for money than existing plans. They offer up to 200 minutes more local talktime and up to 500 more SMS messages.

From 19 August 2014, the Combo plans will replace SingTel’s existing plans for customers who renew their contracts or subscribe to new lines.

At launch, coverage will be available at more than 100 hotspots at 11 locations, including popular shopping malls such as Raffles City, Plaza Singapura, Junction 8, Funan Digitalife Mall, Bugis+, The Atrium and Changi City Point. SingTel will progressively roll out the network to all CapitaMall shopping centres. (Please refer to Annexe 1 for the list of malls covered at launch.)

Hotspots will also be installed in Singapore’s busiest underground MRT stations and major bus interchanges.  Customers can enjoy coverage at Orchard, City Hall and Raffles Place stations from 22 August 2014. The service will be progressively rolled out to 16 MRT stations on the North-East Line, as well as eight other stations with high commuter traffic over the next nine months. (Please refer to Annexe 2 for the list of MRT stations.)

By March 2015, approximately 1,000 hotspots at more than 100 locations across the island will have been deployed. These numbers are expected to double by March 2016.