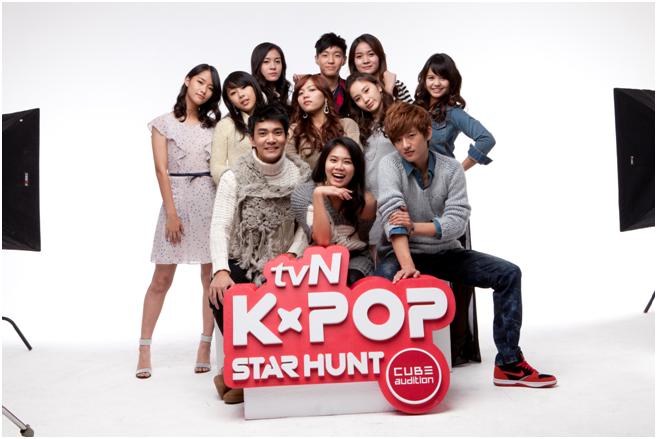 BE PART OF THE NEXT TVN K-POP STAR HUNT

tvN K-Pop Star Hunt S2 can be entered online at tvnstarhuntsg@fox.com To participate, simply record the best rendition of any K-Pop sing-and-dance song before uploading to the official website. K-Pop fans of any age will have more than 6 weeks to upload their video submissions as registrations close on Sunday, 26 August 2012 at 23:59:59hrs.

The public can also join in and root for their favourite video or participant by leaving comments on the website. The website’s redesigned interactive interface allows viewers to browse the section under “What’s Hot” and share their feedback easily. Don’t forget to check out the website regularly for exciting fresh entries, hottest news bulletins, as well as guidelines and rules to enter the competition!

tvN has also added a new element to this year’s search by incorporating a Pre-Audition Roadshow
for the Singapore’s leg of the search. This event is
especially created to give an additional opportunity for potential participants to join tvN K-Pop Star Hunt Season 2. Potential participants just have to bring their performing song in digital form and head down to Plaza Singapura’s main atrium on Saturday 28 July 2012, between 12noon to 6pm. tvN will be onsite to lend a hand with professional-quality audio and video equipment to help budding talents in Singapore record and submit their video on the spot!

So act now by sending tvN your best sing and dance performance or head down to Plaza Singapura on 28 July for the Pre-Audition Special and take the first step to K-Pop stardom. Keep an eye on the official website www.tvnstarhunt2.com or email us at tvnstarhuntsg@fox.com  for more details.