There’s a lot of fun in store when these upcoming and hilarious animated movies hit the screens in the next few months. They include out-of-control domestic pets on the loose in New York City, a Japanese boy with a penchant for George Harrison songs on the hunt for a magical suit of armour, and the next piece of genius from the people who created The Lego Movie…Storks.

The Secret Life of Pets

The Secret Life of Pets will be released on the 1st of September. Featuring the voices of some of the finest comedians working today, and put together by the team that created the hilarious Despicable Me movies, it exposes the truth behind our pets private lives: heavy metal music, wild partying, fighting, carjacking, and downright subversive, anti-human anarchy…all in the name of fun. Fast-paced and a laugh a minute, you can’t go past it for sheer entertainment value. 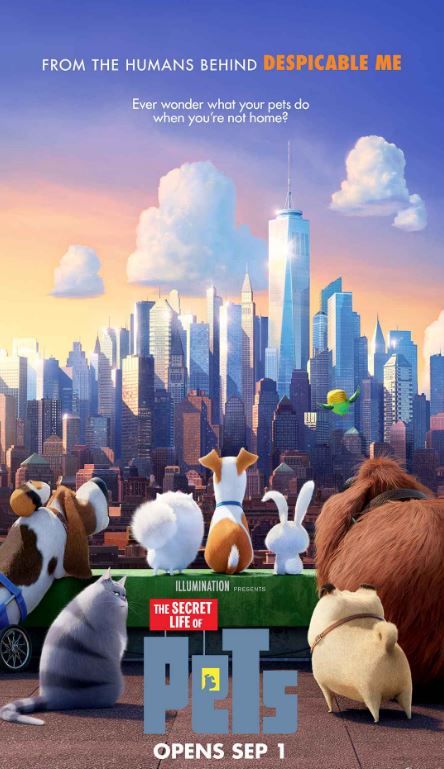 Kubo and The Two Strings

Released on the 8th of September, this tells the story of a young Japanese boy who accidentally releases a spirit from the past that re-ignites an age-old vendetta. In order to contain the ensuing havoc this causes, Kubo must face off against hordes of gods and monsters so that he can find a magical suit of armour worn by his dead samurai warrior father and restore balance in the world. With voices by screen legends such as Charlize Theron, Ralph Fiennes and Mathew McConaughey, it combines stunning visuals and a sensational sound track to create one of the most entertaining animated adventures this year.

We all know storks deliver babies, right? Well, possibly. Now we get to see just what storks really get up to, and it’s nothing like you think. Coming to our screens from the 22nd of September, Storks is the latest creation by the team that brought us the brilliance of The Lego Movie. Instead of delivering babies, storks have actually moved into the modern world and now deliver packages for an Internet retailer. Who would have thought?

Anyway, thanks to a series of unfortunate accidents, they’re suddenly landed with a real live baby, and things rapidly start to get out of hand. Starring the voices of Kelsey Grammer, Jennifer Aniston, Danny Trejo and a host of other Hollywood luminaries, Storks is an out-of-control, rollicking romp through a weird and wonderful world of fun and games.

So there’s lots to see for everyone in the family, so head on down to your nearest Singapore cinema to buy your latest movies tickets and start laughing.

One Reply to “Upcoming movies for families and kids: September 2016”